If you remember Saturday night TV dominated by a double-header of feel-good, travel-inspired shows, with the ‘Love Boat’ followed by ‘Fantasy Island’, this is the end of an era.
The ‘Love Boat’ is sailing off into the sunset. Princess Cruises’ most famous ship, the Pacific Princess, has left the fleet. 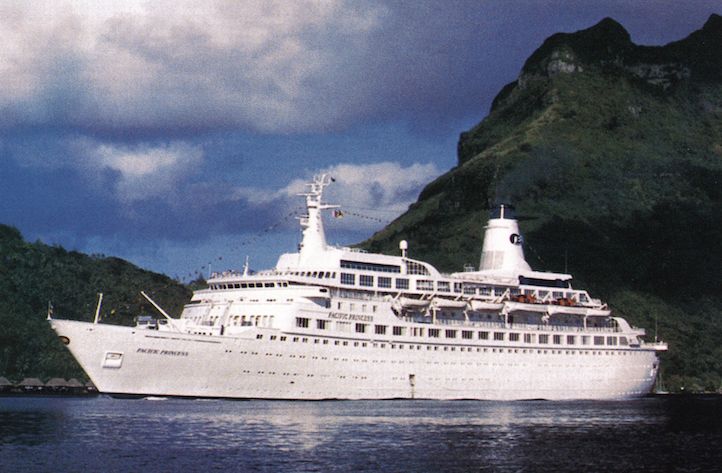 Princess Cruises tells us that, in its years at sea, the Pacific Princess sailed, “more than 1.6 million nautical miles, including 11 unforgettable World Cruise voyages and countless cruises to exotic locales.”
But its real legacy is pure fiction.
The Pacific Princess popularized modern cruising to millions of TV viewers through its star role as the ‘Love Boat’. In the romantic comedy/ light drama by feel-good TV producer Aaron Spelling, the zany antics of Captain Stubing and his team, as well as shipboard lifestyle aboard the Pacific Princess, became part of TV viewers’ lives for 250 episodes and 3, hour-long popular TV specials years after the series wrapped. 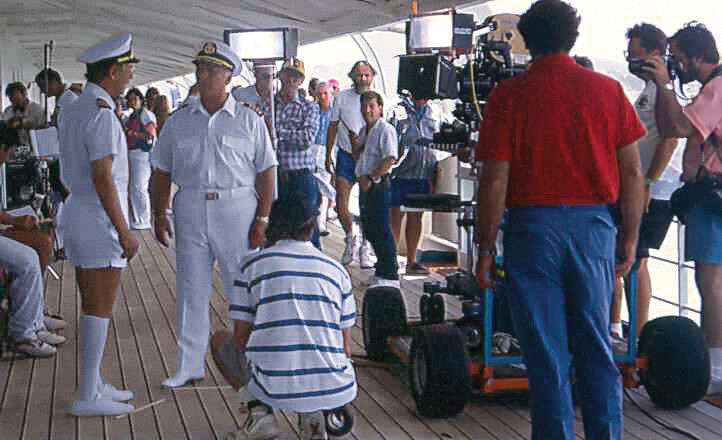 The series was based on a non-fiction book ‘Love Boats’, written by real-life cruise director, Jeraldine Saunders.
Long after the wrap of the ‘Love Boat’ TV series, its spirit sailed on, with an enduring relationship with Princess Cruises, which continued to invite the ageing cast to ship naming ceremonies and events.
As recently as 2015, Pacific Princess sailed a ‘throwback cruise’, recreating the cruise line’s very first itinerary to the Mexican Riviera in celebration of the 50th anniversary of Princess Cruises. Cast members sailing with this special cruise included Gavin MacLeod ('Captain Stubing' and Princess Cruises Ambassador), Fred Grandy (Gopher, the chief purser), Ted Lange (Isaac, the bartender), Bernie Kopell (Doc, the ship’s doctor), Lauren Tewes (cruise director, Julie) and Jill Whelan (Vicki, the captain’s daughter). Together with the guests, they celebrated the role the show played in Princess Cruises’ five-decades-long history introducing the cruise line – and cruise vacations – to an audience of millions. 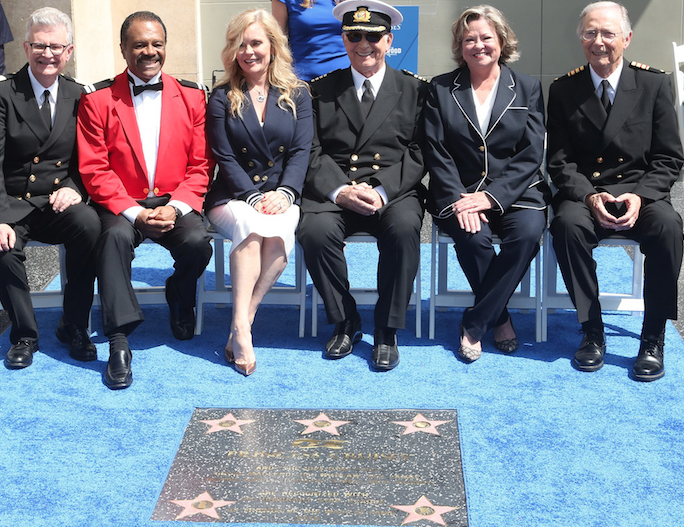 For that cruise, Princess debuted a featured, Valentine’s Day cocktail ‘The Isaac’ in honour of the character of Isaac the bartender and his scarlet jacket. Actor Ted Lange, even demonstrated ‘The Isaac’ (and revived his signature ‘grin-and-point’ move) in this video, complete with era-appropriate funk soundtrack.
“Most people don’t know that while I was serving up drinks on the Love Boat, I also became a licensed bartender in real life,” said Lange. “If a bartender recognizes me, he or she always wants me to try their special drink. Now, I’m excited for everyone to try my special drink and I know they are going to love it. Like the song says, “come aboard, the Isaac’s waiting for you!” 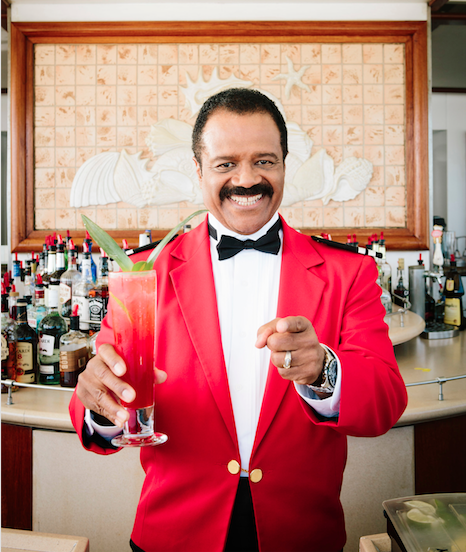 Enjoy ‘The Isaac’ at home to celebrate your own Valentine’s Day, the legacy of the Love Boat, and a return to cruising!
‘The Isaac’ Ingredients:
2 oz white rum
2 oz pomegranate syrup
½ oz fresh lime juice
splash of club soda
lime slice(s)
2 pineapple leaf spears
Preparation:
Fill highball glass with 2/3 ice or desired amount of ice. Into a cocktail shaker, add ice, white rum, pomegranate syrup and lime juice. Shake and strain into highball glass, filling just to the top of the ice. Top off with club soda and garnish with a fresh lime slice and two pineapple spears.
True fans of the ship will be able to rediscover the Pacific Princess under a new name. The ship has been bought and added to the fleet of boutique cruise line Azamara.